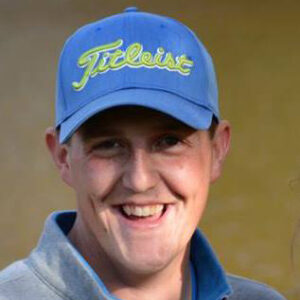 In Mark Jones’s family, golf is not just a hobby: it’s a way of life. With an entire family of enthusiasts and two relatives who are professionals, Jones says it was “inevitable” that he would play, too. Jones’s father taught him to play at Piney Branch Golf Club in Hampstead, Maryland when he was 12 years old, but when his dad could no longer get to the club to play, he decided to end their membership. Jones knew that if he wanted to continue to play, he needed to find a way to go to the Club without being a member. Since he was already interested in landscaping, he got a summer maintenance job at Piney Branch at age 16.

Turning a Hobby into a Career

Jones enjoyed his summer job at Piney Branch even more than he had anticipated. When the summer ended and school came again, Jones knew he would be back the following year. “I thought, ‘I want to do that again. That was a lot of fun,'” Jones recalls. The next summer, having told his boss he wanted to get into landscaping, Jones worked alongside an ornamental landscaper, planting flowers and pulling weeds—and he hated it. “That drove me nuts,” he says. “I told my boss, I need to mow and do everything else,” so he changed to turf maintenance and it suited him right away.

Jones went back to Piney Branch the summer after graduating from high school, and he decided to stay at the course full-time for the rest of the year. “It was really cool,” he remembers. “I got to see every stage of everything that went on.” Jones was having a wonderful time turning his passion into a job, but what he really wanted was a career. His full-time experience at the Club made him realize he needed to get a turf management certificate. He explains, “I was starting to get serious about it, and my boss said, ‘Well, if you’re going to get into it, you should go to Rutgers.'”

Learning to be a Professional

The Rutgers Professional Golf Turf Management School, run by Rutgers University’s Office of Continuing Professional Education, runs both Three-Week and Two-Year Turf Management Certificate Courses. Jones completed Rutgers’ Three-Week Golf Turf Management Course in January 2009. The three-week course teaches the science behind the practices used by golf course superintendents and the technical skills needed for a golf course turf management job. As Jones explains, “The Three-Week Course is definitely a good way to figure out if you want to get into turf management.” The course is designed to teach only the most practical skills and information you will be able to use on the job.

Though he knew he liked his job at Piney Branch before he went to Rutgers, attending the three-week course and receiving his certificate of completion made Jones more confident about his career path and his desire to work his way up to superintendent. “The three-week course is a good sample of what you might get, and if you love that and you’re craving more, then there you go,” Jones says. “That’s what happened to me. I was like, ‘I have to have more.'”

Learning all he did in Rutgers’ Three-Week Turf Course only increased Jones enthusiasm for his career. “I can’t think of one thing from the course that would not help me in my job,” he says. “I could do all the physical work, but now I actually know why we do it.” After such a great experience in the Three Week Course, Jones set his sights on the Two-Year Certificate Program.

Jones applied and was accepted to the Two-Year Turf Certificate Program at Rutgers and graduated in 2011. Following graduation, he continued advancing his turfgrass career, becoming the Assistant Superintendent role at Hillendale Country Club in Phoenix, MD. Then in 2016, he was hired for the position of West Course Assistant Superintendent at Baltimore County Club in Baltimore, MD. He credits his education at Rutgers for equipping him with the necessary skills to succeed in the turfgrass industry, and we wish him continued success!